Hey just a reminder. Your Chicago magician, “Magic by Randy” will be performing at the 42nd RV and Camping show this week at Rosemont Convention Center 4:30-7:30. I can smell the cookouts already. 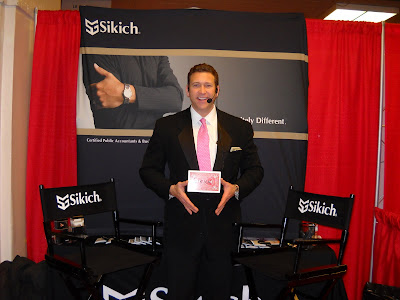 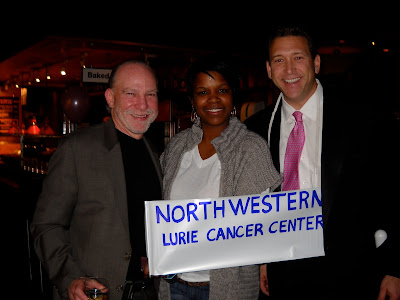 Ground hog day was earlier this week and you guessed it, six more weeks of winter. As cold as it may be, I still love Chicago.

It was a great January. I’d like to thank all the folks who had me perform at their events this past month. With so many performances, it was a wonderful way to kick off the new year. Sikich had another successful booth at the IAPD show and the Northwestern Lurie Cancer Center had an amazing holiday party for all their incredible employees. For all the shows I had the opportunity to perform at though, the most special was for an eight year old girl named Ellie. She is a remarkable little girl recovering from cancer.

Happy birthday to the Boy Scouts of America. 100 year strong. And yes, I can still recite the scout law.

Here are some of the up coming public shows to see your Chicago magician” Magic by Randy”,

Happy New Year! Yes, 2010 is finally here and I want to wish everyone a healthy and prosspecs 2010.

Here are some of public venues you can see me “Chicago magician” Magic by Randy at.

Scouting will be celebrating 100 years in 2010. If you are planning a blue and gold make sure you have Chicago’s premier magician, Magic by Randy. Call to book your event today. 847 486 1410

Let’s try to give more than we recieve this year.

On Monday November 30th more than 300 people gathered in the Glen Town Center Book Market for a premier showing of the children’s and Charities hearts for “The Heart of Glenview 2010” which is Monday Febuary 1st from 5:30- 8:00pm at Glenview Wyndham Suites.
“Believe in the Power of the Hearts” was truly magical, with an entertaining chicago magician, Randy Bernstein , “Glenview Women of Today” doing airbrush tattoos, H and H entertainment were spinning the tunes and a children’s gift bag valued at over 25 dollars, given to each child. The Glen Town Center restaurants: Bravo! Cucina Italiana, Chop it up, El Jardin, Flight, Mitchell’s Fish Market, Noodles & company, Ra Sushi and Salerno’s offered a delectable tasting of their amazing cuisine all to benefit the charities of the Glenview Giving Foundation.
I want to thank all the charaties, volunteers, restaurants,Glenview Women of Today, H and H Entertainment, Magican Randy Bernstein, Corporate Print Source, Office Max, Staples, Moments by Susan, Forever Digital, Katky Miles and Tom Sikoral for for donating their services and pulling everything together in six weeks to host a truly spectacular event.

I’ll be at Navy Pier this Wednesday for 4 shows in the family pavilion.

Have a safe and wonderful week everyone, from Magic by Randy, the premier chicago magician. 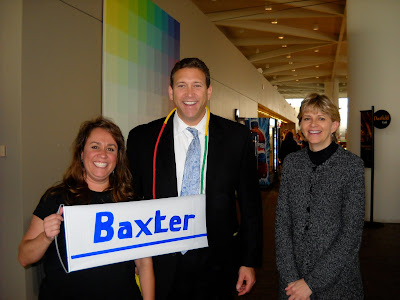 We’re a few weeks from Thanksgiving and “your Chicago magician” Magic by Randy is busier than ever. Now is the time to book your holiday party. When you’re considering Chicago’s magicians, make sure you call me, Magic by Randy! 847 486 1410.

I recently performed at a Baxter family day. Over 400 people enjoy my magic show and close up magic.

When you’re looking for Chicago magicians, look no further than “Your Chicago Magician” Magic by Randy. Now is the time to book your holiday party. Whether you’re planning a corporate dinner or a family event, make sure to book Magic by Randy for your party.

November is here and I can almost smell the turkey cook’n.

“Your Chicago magician” Magic by Randy’s update for Halloween week. Here are just a few places I’ll be at this week.

I’ll be performing at the season opener of the Chicago Bulls this Thursday.

Book your holiday show now before it’s to late.

“Your Chicago magician” Magic by Randy will be be performing this Friday night at the Northbrook sports center for District 31 families Halloween on Ice fundraiser. This will be the second year working the event.

Monday October 19th I will be performing at the Geneva park district. Show time 6:45