Wow, what a wonderful week in Boston. I infotained at the Bridgeport Fitting booth at NECA and once again it was one of the busiest at the show. I also want to thank Larry Smith Vice President of Manufacturing & Engineering at Bridgeport Fittings, Inc. for his recommendation on LinkedIn.

Dear Randy,
I’ve written this recommendation of your work to share with other LinkedIn users.

“Randy has worked for Bridgeport Fittings during many trade shows and group training events. He is an extremely professional and effective spokesperson, who takes the time and effort to learn about the company and product he represents. His personality is absolutely magnetic, and he captures people with his sharp wit and his excellent showmanship. He has certainly improved our image at trade shows, and has generated needed excitement at our training seminars. Randy is a pleasure to watch in action, and I would not hesitate to recommend him to anyone seeking his services.”

If your planning an event make sure to call me, Chicago’s premier magician/entertainer Magic by Randy 847 486 1410

This is my favorite time of year. Fall festivals, cooler weather, football games, and of course planning upcoming parties. Whether it’s receptions, corporate parties and banquets, milestone birthdays, family events, call the Chicago magician that people will be talking about for years to come. Magic by Randy creates lasting memories!

Friday 4-7 will be performing at the grand opening of the Dominick’s at 5233 North Lincoln, Chicago

This Saturday I’ll be headed to Boston to perform and infotain at the NECA show. I am very proud to be working with the great folks at Bridgeport Fittings again. 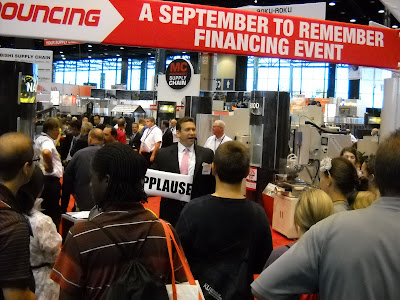 I want to thank Mitsubishi MC Machinery Systems, Inc. for having me infotain/entertain at their trade show booth this week at the worlds largest machine show, IMTS here in Chicago. Their booth was one of the most active on the trade show floor. 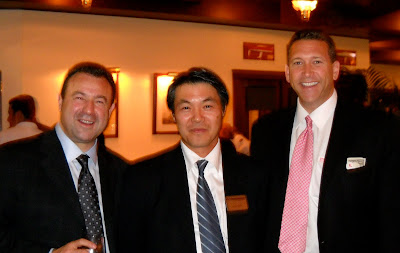 I also worked their corporate evening events at Gibson’s on Rush street. I’m here with the President of Mitsubishi/MC Machinery and the Director of Sales.

magicgamecube.com The site is up. 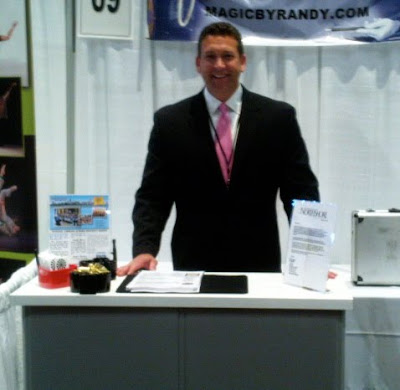 This week I’m at the Center East Showcase for the performing arts in Skokie. I want to thank the The Tradeshow Network Marketing Group, Inc. for building me the perfect presentation table.

Well it’s finally cooling down. What a summer. With all the outdoor shows I’ve been performing at, it’s nice to have some cooler weather. Planing an event? Call the Chicago magician that everyone loves, Magic by Randy. Going on 23 years of Magic, Comedy, and Fun. 847 486 1410

Hey, come on out to Woodfield Shopping Center Friday August 27Th. I’ll be performing at 10:30 in the center stage area.

Also, later that day I’ll be performing in the Family Pavilion at Chicago’s Navy Pier. And don’t forget the Tall ship will also be in town that week.

Saturday August 28Th your Chicago Magician, Magic by Randy will be performing at Median Park District. Stage show a 12:30.

Coming soon The Magic Game Cube, by magic by randy

We are officially half way through summer and heat is still coming. It’s still not to late to book your Chicago magician “Magic by Randy” for your event.

Although most of my performances are for private events/parties, here are a few of the up coming place to see my show.

This weekend I will be performing at Streamwood Fest. Saturday 5:00 show time.

August 23 Devenshire school in DesPlaines, Not open to the public

August 27 Pennoyer school in Norridge 7:00pm. Not open to the public.

4Th of July was again, very busy this year. I want to thank Lisle, “Eyes to the Sky Festival” for having me perform for the 3rd year in a row. The people, the weather and the shows were great!

Today at the Wilmette street fair. This will take place in downtown Wilmette. 2 shows 10:30 and 12:30

See your Chicago magician Magic by Randy this summer at Navy Pier.

Here are some of the upcoming dates. Performances are in the Family Pavilion.